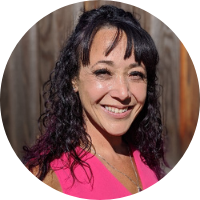 Christine Von Raesfeld is a leader in bringing a critically needed patient perspective to cutting edge medical innovations. Committed to providing patients with chronic and rare diseases with the support they need, Christine works with patient advocacy organizations, industry representatives, and individual patients and their loved ones. Living with many rare and chronic diseases, she believes that in order to foster understanding and empowerment, patients must be treated as people first. As a patient involved in Stanford's Humanwide program, she speaks on the benefits and advantages of precision medicine, with a special interest in pharmacogenomics. Christine’s drive to make lives better for patients has been nationally recognized. In 2019, she spoke on stage at the Startup Health Festival as an invited guest of Sanguine Biosciences. In 2018, Christine served on the Team of Patient Advisors for PatientsLikeMe. She was also recognized as a Wego Health 2018 Top 10 Healthcare Collaborators Patient Leader as well as named one of Silicon Valley Business Journal's 100 Women of Influence for 2019. Christine’s conference speaking engagements, consulting efforts, and ability to share her personal experiences have allowed her to bring a much-needed change to the healthcare industry while bridging the gap between biopharmaceutical and patient stakeholders. https://www.peoplewithempathy.org/ 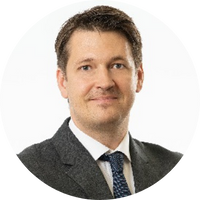 Martin Brunninger is a healthcare manager who has been the Director General (CEO) of Austria’s Social Insurance since 1 July 2019. In this role, he oversees five statutory health and social care bodies with more than 9.0m insured and 22,000 staff. Amongst many tasks, he is directly operationally responsible for Austria’s Pharmaceutical Budget, countrywide E-Health agendas and Health Data management. He introduced the e-prescription, the e-vaccination pass and various other e-health initiatives. Before this role, he was a management consulatant and banker, out of London covering the European healthcare sector for various Investment banks such as Lehman Brothers, JP Morgan etc. Martin spent a number of years in research in molecular pathology at the IMP Vienna and the Imperial Cancer research fund in London before his career in investment banking. Martin is a health economist, with an MSc from the London School of Economics. He also read biochemistry at the University of Vienna and has a degree from the MIT for artificial Intelligence.

Igor Rudychev has 28 years of experience in healthcare analytics, data science, machine learning, and real world data. Currently, Igor is Vice President of Enterprise Analytics with Horizon Therapeutics and previously was leading data & analytics with Novartis, AstraZeneca, and Pfizer. Igor has PhD in analytical discipline/applied math from Texas A&M University and MBA from University of Chicago Booth school of business.

Carole is a patient with chronic and genetic rare disease, Patient Partner, Expert Patient, Patient Speaker, Author and Researcher. She is the CEO & Co-founder of FibroFlutters Patient Advocacy Organisation for chronic / rare illnesses. Helping to develop, nurture and advocate for a multidisciplinary approach to all aspects of medical healthcare so that chronic illness & rare disease patients can receive the type of care and treatments that they need. Carole utilises varying social media platforms to support people with Chronic illness & Rare Disease, #notjustpatients, and with a multi-stakeholder following. A network used for raising disease awareness and sharing as much up to date information. Carole also advocates for patient centricity, especially patient engagement best practices and the need for patients to be included within research at early development / preclinical phases. She recognises the need to help educate patients about clinical trials and the reason why they should get involved. Recently as a Patient, and with FibroFlutters, was a team member of an initiative to create: ‘How-To guide’. How to implement Patient Engagement into Early Development and Preclinical phases with Patients Focused Medicines Development.

María José Alonso’s lab has pioneered numerous discoveries in the field of Nanopharmaceutical Technology and nanomedicine. She has coordinated several research consortia financed by the WHO, the Gates Foundation and the European Commission. She has participated in 16 international projects. She is the author of 300 scientific contributions with more than 34,000 cites (H factor 98) and the inventor of 22 patent families. Because of the quality of her scientific articles she has been among the TOP TEN in Pharmacology (Times Higher Education international ranking, 2010) and she is on ‘The Power List’ of the most influential researchers in the field of Biopharmaceuticals (The Medicine Maker, 2020-21). She was former President of the Controlled Release Society and she is currently Editor-in-Chief of the Drug Delivery and Translational Research. In 2006-10, she was the Vice-rector of Research and Innovation of the USC. She is a fellow of the American Institute for Medical and Biological Engineering (AIMBE) and of the Controlled Release Society (CRS), a member of three Academies in Spain, a member of the US National Academy of Medicine (NAM) and a member of the Royal Academy of Medicine of Belgium. Recently, she received the National Sciences Award ‘Juan de la Cierva’, the most prestigious award given to Spanish Scientists.

Dr. Svetlana Mukhina is leading global CDx regulatory activities for several Precision Medicine development programs at Merck KGaA. In this role, she closely works with companion diagnostic development manufacturers and internal stakeholders in the EU, US, and Asian countries to develop regulatory strategies enabling drug/CDx co-development and registration. Svetlana holds a PhD in Biology and a MSc in Regulatory Affairs, with a focus on regulation of in vitro companion diagnostic devices. Overall, she has over 10 years’ experience in Pharma and Biotech industry.

I have been working in the clinical research arena since 1993. Most of this time, I have performed senior and executive level jobs in clinical development of new drugs. My main areas of expertise include Immuno-Oncology, Gene therapies and Genetically Modified Organisms, subjects that require an active tracking of the rapidly changing Regulatory Environment in drug development. I obtained my PhD with a research on the role of multicatalytic proteinase (proteasome) as an oncology intracellular target, a research that ended with the development of bortezomib, a proteasome inhibitor approved for the treatment of multiple myeloma patients. I have an in-depth knowledge on oncology networks and advocacy groups, with which I cooperate regularly. I am also a professor/magister in several Master programs administered at different Universities (Universidad Alcalá de Henares, Universidad CEU San Pablo, CESIF). I am the author of 3 books and over 20 scientific articles and was awarded the first prize of the Spanish Society of Medical Oncology (SEOM) in 2015 for my project “Y Seguiré” (will keep on moving), for the promotion of clinical research. I have also acted as editor in chief for 2 magazines (Saluz and Geysalus).

Vice President of the Alliance of Patients

Vice President of the Alliance of Patients

Milan Mishkovikj, ELPA (European Liver Patient Association) Board Director, Vice President of the Alliance of Patients’ Organizations in N.Macedonia – APO, Member of Advisory Board Project HAREACT, Vice president/ Program Manager in Hepar Centar Bitola Milan Mishkovikj, Msc. is the founder of Hepar Centar Bitola (Liver Center of Bitola), North Macedonia. He currently serves as the organization’s Vice president and CEO. Milan is a faithful member of the Advisory Board Project; HAREACT (The Joint Action on HIV and Co-infection Prevention and Harm Reduction (HA-REACT) addresses existing gaps in the prevention of HIV and other co-infections, especially tuberculosis (TB) and viral hepatitis, among people who inject drugs (PWID). The three-year project was launched in late 2015 with core funding by the Health Program 2014-2020 from European Union (EU). Milan is also the founder/Vice President of the Alliance of Patients Organizations in N. Macedonia. Milan graciously attains the position as Director of the European Liver Patient Association (ELPA) and works as an Official EU Health Lobbyist in EU parliament. As a case manager and caregiver, he is integrally involved in the life struggles of an ordinary patient. His worth-noting initiatives involve creating a patient-centric solution to get feedback from real patients and making decisions based on their needs and perspectives. To innovate the healthcare system, he has a strong interest in executing novel strategies that may positively impact, either directly or indirectly, on timely screening, immunization, diagnostics, medical treatments, as well as the social welfare system. He has great organizational skills, collaborates at an intellectual level with all types of media (PR) and healthcare related campaigns. He possesses excellent communication skills and can integrate well under stressful work environments as a team player and / or as a leader to conduct the work on numerous health projects. His input in improving the healthcare system is highly persistent. His main goal is to initiate different healthcare concepts in the N. Macedonia, European and world healthcare systems. He believes all initiatives need to have a close collaboration and support from different stakeholders. This includes scientists, policy decision makers, patients, and industrial corporate partners. His efforts need to be understood and supported by the international organizations (such as WHO, EU Commission). His actions are directed to inclusive and high-quality health recommendations at all levels, and the European dimension of health care for creating and maintaining a cohesive European society. Milan attained a master’s in civil law degree from St. Kliment Ohridski University in Bitola. Milan represents North Macedonia as a voting member to GIANT (Global Immunization Action Network Team) He currently resides in Bitola, Macedonia. 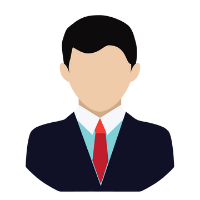